The clean air products add a fresh smell to your home. They work to neutralize unpleasant odors and are often put in place in conjunction with services that remove bacteria, mold, mildew, and other substances that put impurities in indoor air.

Can Odors Cause Health Problems?

Odors can certainly cause health issues. Many indoor odors are symptoms of air quality problems whose root cause—such as mold—can cause allergic reactions and possibly serious respiratory issues. Read about the hazards posed by mold on our page on Microbiocide Treatment. Odors should never be ignored, and should be carefully investigated to discover the cause—which can compromise health or safety. For example, natural gas used to heat many homes has no odor, so providers add a chemical that smells like rotten eggs to warn consumers if a leak has developed.

According to the Centers for Disease Control and Prevention (CDC), unusual or strong odors can indicate a problem with indoor environmental quality. For example, plumbing and sewer problems are extremely unpleasant and pungent. It’s not unusual for people exposed to them to become quite nauseous. These odors also indicate a serious health hazard that needs to be repaired right away. Leaky air ducts can bring in odors from outdoors that are almost as unpleasant and certainly unhealthy to breathe, such as vehicle exhaust. It’s essential to seal leaks, and just as important to take steps to eliminate the odor.

And while the problem is being addressed, it’s of paramount importance to take steps to get rid of odors before they permeate a large area and make people sick. Headaches are a common reaction to odors from exhaust and chemicals. Not all bad odors are necessarily dangerous, of course, but they can certainly impact the quality of life. Remember, that a lingering odor may indicate problems with indoor air circulation, which in turn can lead to health problems down the road. Most of us have had the unpleasant experience of catching a cold, or worrying that we will, from a sick colleague who sits close by in a stuffy office.

Filters quite literally catch impurities and hold them, while odor neutralizers use chemicals or compounds to attack the compounds that cause odors. Odor neutralizers are head and shoulders more effective than cheap air fresheners. They can also be used to clear out odors after the root causes, such as mold or mildew, have been removed from air conditioners or ductwork.

Air Pure Inc LV uses Clenair Odor Neutralizer for this purpose. Ultraviolet (UV) lights irradiate indoor airborne and surface pollutants to break down cellular walls to eliminate bacteria, mold, mildew and fungus. Many hospitals and health care facilities use UV light products, and we use them as well to prevent pollutant growth and reduce odors.

Overflow switches, also called ceiling savers, are placed in secondary drain pans to automatically turn them off if the drain becomes clogged. These switches prevent flooding and resulting damage. While they aren’t exactly cleaners, they are certainly important flood prevention devices that we strongly recommend customers install in all air conditioners. 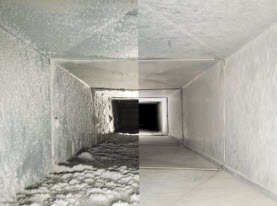 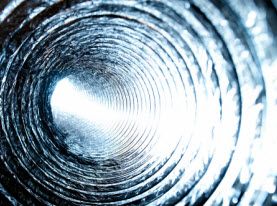 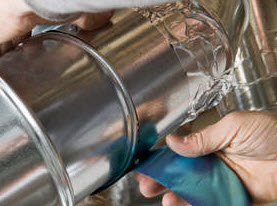 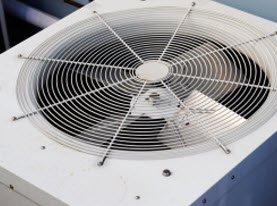